To See And Do

Fair Harbor RV is one of Georgia’s best campgrounds, and there’s lots to see and do nearby. Here are a few interesting Middle Georgia destinations. Take a look . . . or Come See for Yourself! 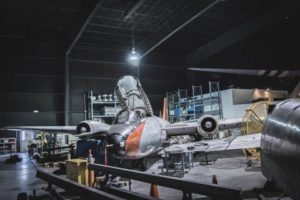 The Warner Robins Air Force Base Museum of Aviation is the second largest museum in the United States Air Force and the fourth most visited museum in the Department of Defense. Situated on a 43 acre site near the air base, the museum features over a hundred planes and aircraft in both outdoor and inside exhibits. A snack bar, aviation theater, and gift shop are also featured in this 100,000 square foot museum.

Andersonville National Historic Site began as a stockade built about 18 months before the end of the U.S. Civil War to hold Union Army prisoners captured by Confederate soldiers. Located deep behind Confederate lines, the 26.5-acre Camp Sumter (named for the south Georgia county it occupied) was designed for a maximum of 10,000 prisoners. At its most crowded, it held more than 32,000 men, many of them wounded and starving, in horrific conditions with rampant disease, contaminated water, and only minimal shelter from the blazing sun and the chilling winter rain. In the prison’s 14 months of existence, some 45,000 Union prisoners arrived here;of those, 12,920 died and were buried in a cemetery created just outside the prison walls.

The cemetery site serving Camp Sumter was established as Andersonville National Cemetery on July 26, 1865. By 1868, the cemetery held the remains of more than 13,800 Union soldiers whose bodies had been retrieved after their deaths in hospitals, battles, or prison camps throughout the region. Andersonville National Cemetery has been used continuously since its founding and currently averages over 150 burials a year. The cemetery and associated prison site became a unit of the National Park System in 1970.

The Georgia National Fairgrounds and Agricenter hosts hundreds of thousands of people every year. Trade shows, corporate events, livestock shows, conferences, banquets and everything in between; nobody does it better than the Georgia National Fairgrounds & Agricenter. The Agricenter contains 6 million sq. ft. of exhibition space sitting on 1100 acres in the heart of Central Georgia. Featuring 2 arenas, 4 exhibit halls, two 480-stall horse barns, 4 ponds, and parking for 13,000 vehicles and much, much more.

For 11 days during October of every year,  the Agricenter transforms into the annual Georgia National Fair – hosting over 450,000 fun-seeking people every year! We are proud to partner with Reithoffer Midway since 1990, offering the safest, most exciting midway rides available anywhere in the world!

There’s something happening at the fairground all year round and it’s located at the same exit as Fair Harbor RV Park. 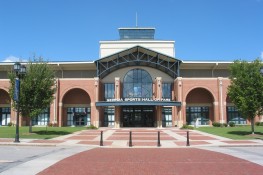 The Georgia Sports Hall of Fame and Museum in Macon, Georgia, is the country’s largest state sports museum. The 43,000 square feet state-of-the-art museum houses over 3,000 artifacts. From the old style ticket booths to the brick columns in the rotunda and special lighting, the museum invites visitors to experience the history of sports in Georgia with more than 14,000 square feet of high-energy exhibit space and a Hall of Fame corridor that honors the over 400 inductees. 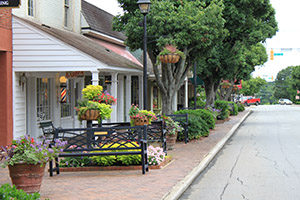 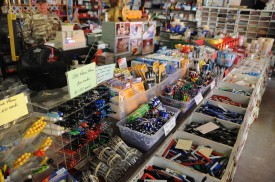 Smiley’s is a huge flea market located near the Macon Airport, just a few miles north from Fair Harbor RV Park. From peanuts to bulldozers, you will find anything under the sun at Smiley’s. With Seven Great Restaurants and Concessions serving Ribs, Hamburgers, Chicken, Authentic Mexican, Ice Cream, Snowcones, and so much more, everyone in the family will be happy. Smiley’s is open Saturdays and Sundays from 6AM – 5PM. 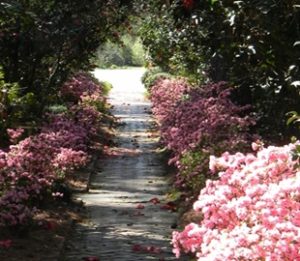 The American Camellia Society’s Massee Lane Gardens features camellias galore plus priceless porcelains by the country’s most talented artists. Stroll along brick pathways through nine acres of camellias under towering pines. Enjoy the garden greenhouse, the Japenese Koi pond and the rose gazebo. Massee Lane Gardens feature azaleas, dogwoods, narcissus, iris, day lilies, roses and of course…the most beautiful camellias in the world. The Edward Marshall Boehm porcelain collection, the largest of its kind in the world, featuring magnificent works of art in porcelain, is housed in the Stevens Taylor Gallery and the Annabelle Lundy Fetterman Education Museum. 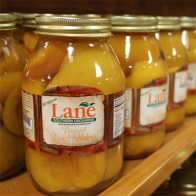 Lane Southern Orchards is an amazing and fun facility with peaches, pecans, citrus, produce, gifts, restaurant, tours, and more. A really “neat” place. And Peach Ice Cream. YUM! Tours of this incredible facility are available from mid-May to mid-August. Take a self-guided tour of the most modern peach packing operation on the East Coast. You will enjoy a fascinating view of the peach packing process from an elevated platform that extends the entire length of the operation. Ample parking for RVs is available.

Special Events are scheduled throughout the year. Strawberry season (pick your own) opens in early April with a Spring Fling. There’s a fabulous 4th of July picnic and celebration, and Fall brings the Pumpkin Patch, a Corn Maze, and a huge Farm Fall Festival. Lane Southern Orchards is just a few miles north on I-75 from Fair Harbor RV Park, then west at Exit 142.

Hay House, The Palace of the South

Located in Macon, Georgia The Hay House is a National Historic Landmark. It was built from 1855-1859 and is one of the finest houses to survive from ante-bellum America. Elegant and sophisticated in its design, the Italian Renaissance Revival mansion contains 18,000 square feet on four levels crowned by a three story cupola.

Each year, approximately 15,000-20,000 visitors enjoy the house’s decorative arts collection, stained-glass windows, and handsome cabinetry. Guided tours teach  visitors about the national significance of the architecture, its technological advances, and its artistic sophistication. Guests also hear a rich social history: the Johnstons, Feltons, and Hays were all historically significant families, adapting the house to their own lifestyles.

The Museum of Arts and Sciences 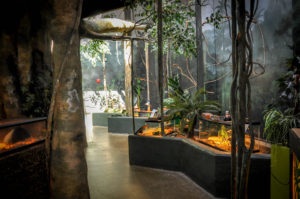 Discover the World. A visit to the Museum of Arts and Sciences is like a trip around the world! Where else can you see works of fine art, exotic animals, and even explore the wonders of outer space, all at one location. The museum includes both permanent and touring art exhibitions throughout the year. The Discovery House features three floors of interactive exhibits that explore art, science, and the humanities. Planetarium shows are presented daily and the Museum’s Observatory is open weekends when the nights are clear. 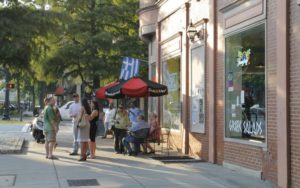 Downtown Macon, GA is experiencing a renaissance with residents, shops, and restaurants returning to a renewed and vibrant center city. Wide sidewalks make downtown the perfect place enjoy both day and night. With the upswing of new businesses, you can find products made in Macon from a weekly farmer’s market at Tattnall Square Park to local candy and craft beer. There’s a restaurant for every taste from soul food to international cuisine, fine dining, and a range of pub food. Entertainment, live music, and theater opportunities abound almost any night of the week. 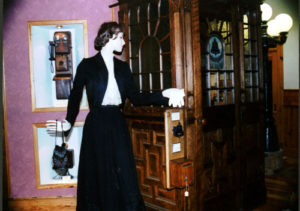 Housed in a renovated 1920’s cotton warehouse, the Georgia Rural Telephone Museum displays some of the oldest and rarest examples of telecommunication in the world. The museum also features native Georgia artists, a late 1800s organ from St. Marks Methodist Church in Atlanta, old vehicles dating from the early 1900s, and a collection of old clocks. Yep, it’s just strange enough that you ought to go.

Located in Leslie, GA, the museum is open Monday – Friday from 9AM until 3:30 PM. 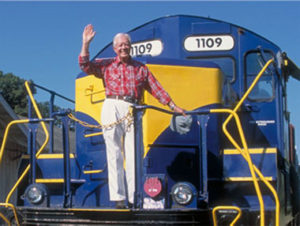 Plains, GA is best known as the home of Jimmy Carter, the 39th President of the U.S.  It’s basically dedicated to “Jimmah.” You can visit his boyhood farm, his brother Billy’s filling station, and even attend Sunday School at Maranatha Baptist Church to hear the ex-President teach on (occasional) Sunday mornings. If you’d like a nice day’s side trip, you can catch the Sam’s Short Line for a Saturday train excursion that visits Leslie, Americus, Plains, and Cordele. 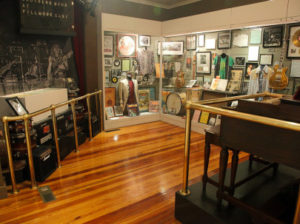 If you’re an old rocker, you won’t want to miss the Big House Museum in Macon. You’ll need a car, though. Parking is a little tight. The Big House was the home of the Allman Brothers Band during their days in Macon in the early 1970s. Restored in the early 2000’s by band road manager, Kirk West and his wife Kirsten, the house is full of band memorabilia including instruments, concert posters, and some classic old guitars. There’s a great stage out back . . . check their schedule for surprise concerts where surprising musicians frequently show up.  If you visit The Big House on a weekend, head downtown afterwards and take a tour with Rock Candy Tours to learn more about Macon’s music history.

“WOW! My husband and I had a great time exploring your area. We had no idea there was so much to do near Perry. And the town itself is just lovely. Thank you so much for all of your help and suggestions. We look forward to coming to Perry, Ga again.”

Even More to Do

If you’re visiting at Fair Harbor RV Park in the Spring or Summer, there are plenty of local festivals to attend. Here are a few that you might want to check out: